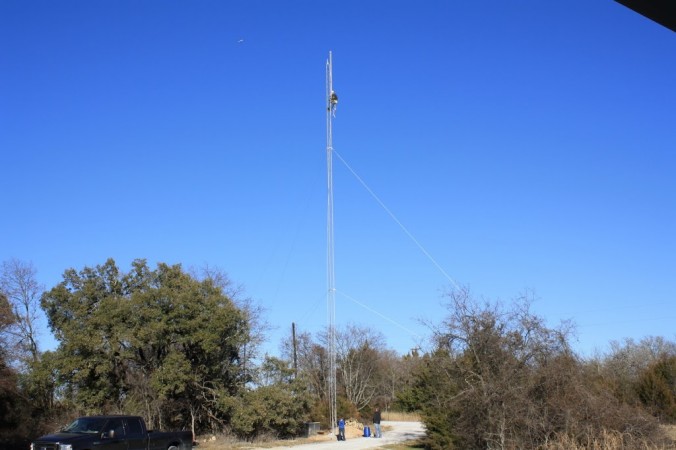 Surface of the Moon

“Did you hear about that horrible fire on the news?“
“No.”
“Hey did you read about that proposed bill on Fox news?“
“No”
“What’s the weather supposed to be like this week?“
“I don’t know.”
“Did you watch that Youtube video I sent you?“
Well, for that one they just got the look. The one with the raised eyebrow.
Of course I haven’t heard, read, or seen…I have been living on the surface of the moon for 5 months. Well, not really but I may as well have been.
We have endured months of modem living. Modem living was all the rage when I was in high school, but the world moved on. Here in our little country paradise, there was no high speed Internet. Which meant that paying bills online became a 2 hour ordeal and getting directions anywhere was impossible.
We would even have blackout times in the middle of the day, when the modem wouldn’t connect. A block of day reminiscent of mission control saying to the stranded astronauts, “see you on the flip side.”
“Why don’t you just use your data plans on your phones?”
Wow, wish I had thought of that even once over the last 150 days. And they say there are no stupid questions…
We only get one bar of cell service in the sticks…if we’re lucky…and the wind isn’t blowing too hard…or it isn’t raining.
The withdrawal symptoms early on were terrible. Random yells of frustration, ticks, a lot of fist clenching. But over time the addiction seemed to fade. At least I thought it seemed to fade, until the day Andy announced that a 90 foot tower would be gracing the front of our property.
Rebar cages were painstakingly built, concrete was poured. And eventually came a high-flying man who erected the tower section by section until he could see into the windshields of local airmen out for their weekend flights.
Next came the high flying Internet man, who installed the dish that would provide the fix. The fast flowing information highway has been in our home for two days and this is the first time I have been allowed near a computer. Mostly because Andy and Grant are still sleeping…

I think 2011 is going to bring an intervention.
For my husband, Andy the tool-man Hopper.
Whatever the current object of his obsession, it will be retrofitted for more power, greater capacity, and the ability to be used for things the original engineers never considered. He has even brainwashed our oldest son into believing that just because the box says it can’t be done…
During the recent concrete pour for our tower pads, Andy managed to find a way to fit all the delivered concrete into his grave-sized holes filled with rebar, even though we were supposed to only have used half the amount. Upon asking him about the buffed up pads he responded with a wink, “if some concrete is good, lots of concrete is better.”
He rarely thinks a hired someone can do the job better. Those rebar cages I described? They were supposed to be built and installed by a seasoned concrete guy. When he failed to deliver in the allotted amount of time? Andy built the cages himself from plans a gifted cousin designed. His hands are still covered in scratches and scars from the endeavour. But he finished the construction 30 minutes before the concrete truck arrived. And who tamped down the concrete as Andy instructed the driver?
Yours truly.
That is the real problem. He will probably go down in family history for the crazy and brilliant things he does, but history will not divulge the other family members he roped into his hair-brained schemes.
Yeah, you know who you are.
Those willing schmucks who sacrifice time and body parts to catch a glimpse of the latest evil plan he has dreamed up. We all do it. I know I participate hoping for an opportunity to say “I told you so.”
I’ll let you know when that happens.
Sadly, no matter how bizarre, how outlandish, his stupid plans always work.
A few nights ago the first floor of our house was a web of wires strung between rooms. I stared in confusion, knowing he had spent days before the house was drywalled installing gazillions of wires. Andy was running up and down stairs, Grant was up to his shoulder in the wall, yells of “can you see it yet?” were traveling nosily between the studs. Ian finally gave up trying to traverse the obstacle course that was our living room, and sat down grumpily on the couch, angry to be separated from his beloved Wii by another of Daddy’s diabolical plans.
When I finally gave in and asked Andy what he was doing his answer of “I’m rewiring it” nearly sent me rolling on the floor as I suddenly realized that I am married to Tim Allen’s character of Tim Taylor.
Luckily nothing has blown up….yet.