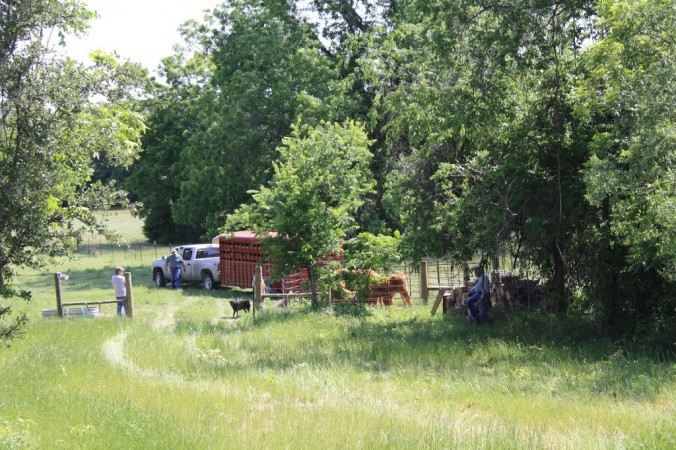 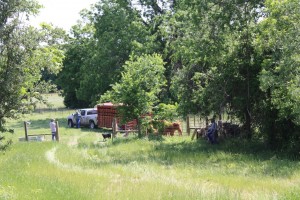 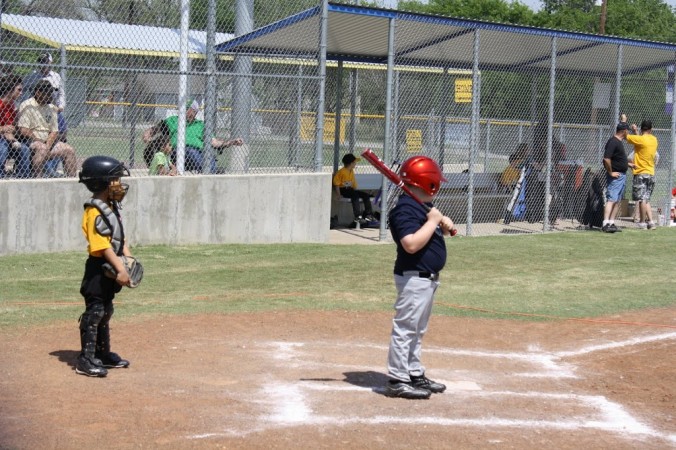 My town has been invaded by zombies.
Hollow creatures that wear the faces of familiar townsfolk. The women dawn dark circles under their eyes and frequently go into a frenzied panic screaming about how they have forgotten something. The men walk with a gait hinting at sore muscles and their voices are hoarse to the ears.
There can be only one cause of the epidemic.
Little league baseball season.
Monday marked the mid-point in the chaos, and the symptoms seemed to take a turn for the worse. I believe it must be the realization by the parents that they are only halfway done with the madness.
I have two boys in baseball. My third spends his evenings asking me which town we are in. Like a roadie in a world famous rock band, he buckles into the car seat when instructed, cheers at the right times, then gathers all the gear to head back again to the truck. He lives his life one day and one field at a time.
Weeknights around my town are spent hurriedly searching for the missing baseball socks and belts. The velcro-esque socks can usually be found riding on the sandpaper pants, the real trick is making sure the right kid is wearing the right uniform.
May is go-time for parents, coaches and teachers alike. Games, grades, field trips, awards ceremonies and, the ever-loved by children and most hated by parents, field day. We begin preparing for it in January, promising our significant others that this year will be different.
It never is.
Andy and I communicate via text in May as we are never together in the same room long enough to have a normal conversation. He checks in daily to see where and when he should arrive. Occasionally, he mistakenly asks what is going on the rest of the week. My replying 500 word text frightens him so much, he deletes it and says he had a momentary lapse in judgement.
To handle the onslaught of May, I have calendars. Not a calendar, calendars. Color-coded ones. Each color represents a family member and the punishment for erasing any of the information is death. My laundry room wall resembles a shrine to some unknown god of days. I have a monthly calendar, a weekly calendar, and a daily calendar. Not to mention the specialized ones for baseball, PTO, school, individual classes, lunches, and dinners.
If you are new to baseball, as I am, here are some rules I have picked up along the way:
1.) Always wash the uniforms immediately after the games. They are always the source of the weird smell coming from the laundry room.
2.) Bat bags must remain packed and ready at all times. At least once during your baseball adventure the text will arrive from the coach screaming that there is a make-up game in 30 minutes across the county.
3.) Travel chairs must never be removed from the back of the car. Otherwise you will find yourself sitting on the ground, covered in fire ants, dirt, and some strange sticky goo, or you will have to stand the whole time and will find yourself cursing the man who invented baseball.
4.) Keep a cooler bag packed with snacks and drinks next to the freezer, ready to receive an ice pack at a moments notice, or you will have to declare bankruptcy due to the fast food bills.
5.) Sunglasses are a must. You may be able to control your voice and body language when your child gives away 4 runs to the opposing team after the ball went flying past him because he was playing with a loose tie on his glove, but the eyes always give you away.
6.) And finally, if you spot a yellow post-it riding on the rear of an unknowing mom reminding her of tonight’s game, just remove it and pretend it never happened. She doesn’t need the stress.

Sam waiting for the machine to be set up. We call him “Sam the slammer” because when he does manage to get a piece of the ball, the outfielders better be paying attention. 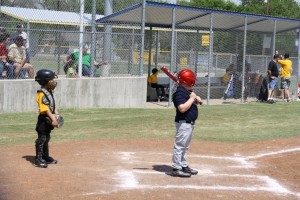 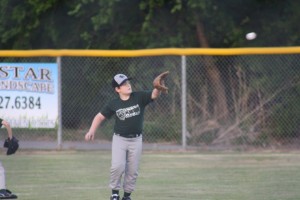 Creak. Pop. Creak.
I love the sound of old floorboards. Like an old man trying to rise from a couch after a lazy Sunday afternoon nap, they moan and creak as their joints adjust to the change in pressure.
It’s the sound that greets you when you enter the majestic ex-campus of the Decatur Baptist College. The massive stone building now houses the Wise County Heritage Museum and thousands of items harkening back to the days of old. I am a history geek. I love old things. I love the feel, and especially the smell of things from a different era. I spent many weekends in the old houses of my grandparents and great-grandparents while growing up, and the strange dusty smell of an ancient heater kicking in still sends warm memories swimming to the surface.
Luckily I married someone who might be more of a history geek than me. So what does this married couple do on a day without children? Head to the nearest museum and poke around a bit! The muesum in Decatur holds thousands of treasures for the historyphile. Faded black and white photos, letters hand-written on yellowed paper, crinkled clothes that seem way too small to have ever covered a human body, and furniture made the way it was meant to be made…by hand.
As I walked around gawking at the odds and ends held within the enormous walls, I came upon something…well, just bizarre. My mind comprehended before my body could comply so I ended up whipping around with the most bewildered expression on my face.
On my way from the horse carriage to the early 1900’s exhibit, I had walked past a drawing of an… alien. There, on a piece of jagged rock, the little gray biped gazed up at me from behind big black orbital eyes. Mouth gaping, I read the inscription: Aurora Alien of 1897.
1897?
I am a sci-fi fanatic, but apparently not well versed in alien lore. I had no idea sightings like this were prevelent before the famous Roswell crash of 1947. Apparently, there have been recordings of UFO sightings since 1561!
I must have looked very confused because the museum worker came over and asked if I needed help. I couldn’t seem to get out anything other than a squeaky, “1897?”.
Legend states that an alien aircraft crashed on a farm in Aurora, Texas on April 19, 1897. The farmer was more concerned about the destruction of his windmill than the very dead, little gray man lying at his feet. The man did what any man of 1897 would do, he buried E.T. in the local cemetery with all the Christian rites afforded those with opposable thumbs. Not wanting to cause a scene, the farmer dumped the crumpled wreckage down his water well.
Even more bizarre is the fact that many media outlets have come to dispel the story as a hoax but left with an unsettling feeling that something definetly crashed in the sleepy little town seven years before the first flight of the Wright Brothers.