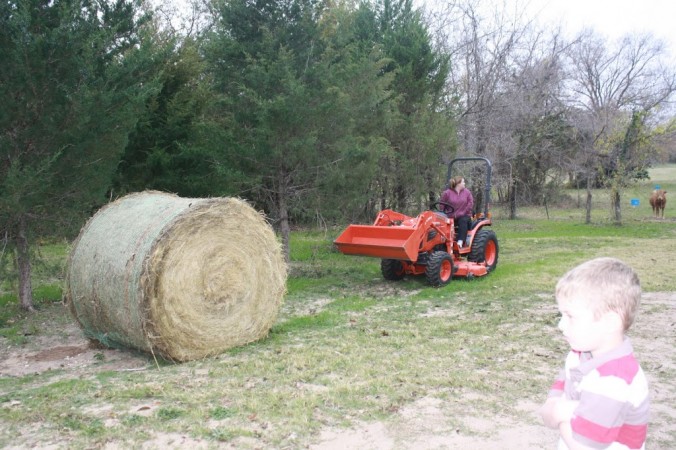 A Roll in the Hay

Anyone who thinks “a roll in the hay” is a good idea has obviously never worked with hay before. One hay splinter lodged in your hand for two days will ensure you will never aim to have one lodged anywhere else.
Forget the splinters! Hay in Texas is filled with small burrs! These spikes-of-evil ride on everything they touch and are the reason that you will hear muffled cursing in our home at any given moment. An innocent stroll to the basement can turn into an impaled-fall-down-the-stairs in an instant with those blasted balls of mutilation lying camouflaged in the carpet.
Strange how hay can determine if my day will be good or bad…
I was so distraught when we couldn’t find it, so happy when the Hayman delivered it. So elated when we found a hay spike for the tractor to move said hay, then so destroyed to discover that the tractor wasn’t big enough to haul it. And that is where we have been stuck for two months, with hay that we cannot move to the back pasture.
I knew if I waited long enough, my brilliant husband would come up with some absurd plan.
I was right.
I waited excitedly as Andy finished his bite of cereal after uttering,”I think I have a way to get the hay to the cows.” I would have bet my left little toe that he was going to build some amazing contraption with wood from trees that he pulled from our brush pile. Or better, he would finally learn how to weld and would design something that would have sparks flying for days. I leaned in closer as he swallowed and said, ” I think we can roll it down the hill.”
I waited for the rest…
The rest never came.
“Are you crazy?” I balked.
Roll. It. Down. The. Hill.
This from the man that had birthed the deer stand of Babel, the tower to heaven, house wiring that could light up the world, the man who drove a vertical refrigerator across the Metroplex during rush hour!
So guess what I spent last Sunday doing?
Rolling a 1500 pound ball of grass down a dirt slope.
Well, I mostly sat in the tractor. I was commanded to keep the hay from rolling out of control into the fence at the bottom of the hill. So I drove backwards with the bucket raised, slowing the bale while Andy pushed from the other side.
The cows were about to come unglued as they watched us struggling for 40 minutes. Their precious dinner inching painfully toward them. They must have felt sorry for us because they didn’t even try to make a break for it when we reached the open gate and… Andy gave up.
The gate was wide open, the girls were stomping their feet and a snake-like line of drool hung from their mouths to the ground. I jumped off the tractor and ran to join Andy behind the hay and threw every ounce of strength I had into pushing that small planet into the pasture. The combined force sent the bale rolling into perfect position and Grant was able to swing the gate closed as the cows began head-banging the bale to loosen some strands for munching. We turned the hay ring up on its side and rolled it like a giant hamster wheel until it was able to be lowered over the hay. We stepped back and admired our work.
Ya know, one year ago I could not tell you how a happy cow face differed from a sad cow face.
Now I can.
I just hope they eat slowly…. 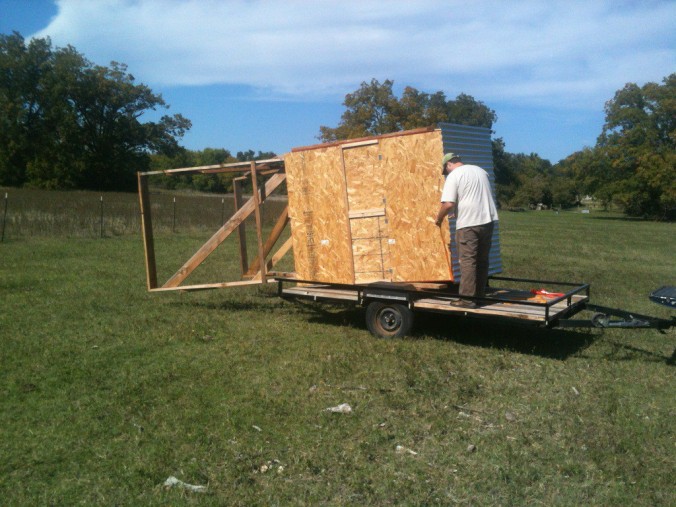 Would You Be a Deer and Pass the Salt? 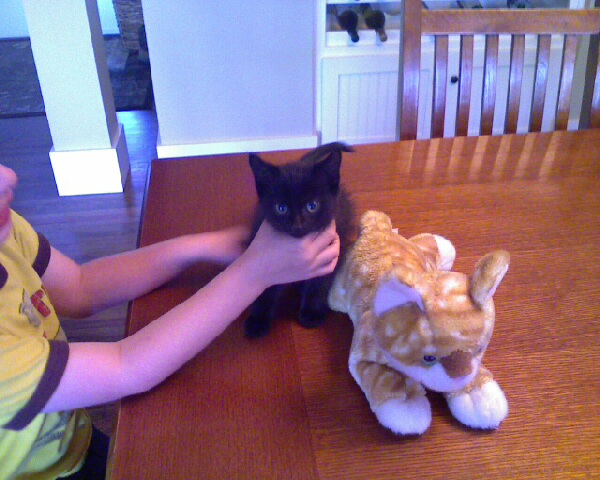 That is the sign I made after a home invasion. Yes, we were robbed of our sense of well being and our love of the house that we spent so long building. How could it happen? How could the perpetrator decide that he had the right to invade our home? We never invited him. We never hurt him or any of his kind.I gleam some small sense of justice that he died in the infiltration.
I have never been one to smile at death, but what is the loss of one tiny scorpion?
I have no problem with them on the outside of the house. They kill other unwelcome insects and our land provides a feast of those on a daily basis.
But place one tiny pincher on my shiny wood floors?
The fiery pits of hell have no wrath like a woman mindin’ her own business sweepin’ floors findin’ your crunch body inside her domain!
Of course I sounded more like a screaming crazy woman at the moment of discovery, but now…now I am decided.
Three days after the first incursion, the boys awoke to another dead scorpion in the kitchen. I soon figured out that they had probably followed the long line of ants that had marched themselves into the house. I believe this because I had sprayed the ant path the night before, and finding the dead scorpion meant that it had indeed eaten poisoned food.
Is it wrong that I smiled upon realization that he had died by my hand?
So I pulled the for sale sign and began strategic deployment of Operation Crop Duster. I sprayed every nook and cranny inside and outside the house.
But it’s not enough.
No, I must procure every defense imaginable to defend my home!
Luckily my neighbor called with an answer! She found a kitten on the side of the road, crying. When asked if we would take him? A little light bulb literally popped on over my head. A memory of the mention of outdoor cats killing scorpions in one of the thousands of online tips I had scoured filled the bubble.
Sure he only fits in the palm of my hand…
But he will grow! And I will give him hundreds of plastic scorpions to begin practicing his terminator technique. They will never hear him coming. He will be the panther of panic, the tiger of terror!
We named him Spock, ya know…for the pointy ears.
Don’t laugh! Those crafty Vulcans only look docile. Patiently waiting with hidden emotion until the right moment, then WHAM! You’ll never know what hit you until you look in the corner and see him gently wipe away what was left of your lunch from the corner of his mouth.
Yes, that tiny ball of fur that currently thinks his tail is chasing him will be the big fish in the pond of perpetrators outside our doors. And hopefully the dogs will protect him from the even bigger fish that will most certainly want him as a midnight snack…