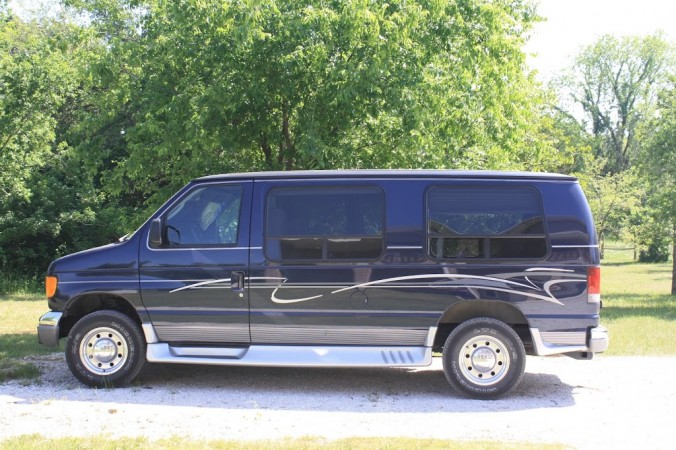 Have you ever been one of those kids sandwiched in the back seat of a car for hours and hours during a trip heralded as a great family bonding experience?
Or maybe you were the rotten child who would hover your finger next to the ear of your sibling chanting the words, “I’m not touching you.” The infamous bearer of wet-willies who was destined for upper-level management…
Our family loves to travel, but our three boys have finally grown tall enough that all we can see in the rear- view mirror is a tangle of arms and legs. We didn’t need anything bigger than our F-150 for daily use, but those long trips were begging for something more spacious. And since our children seem bent on ignoring our demands to stop growing, my brilliant husband came up with an idea.
A conversion van.
We found the best deal in New Orleans and took a one-way flight there one weekend while the kids were away. We drove the whale-on-wheels back and surprised the kids by picking them up from Nana and Papa’s house in their new van.
Ian’s first words?
“It’s the Mystery Machine!”
The boys went crazy. They didn’t even care that there wasn’t a T.V. in the car. There was no fussing about which seat would hold who- everyone had their perfect spot. Strangely, the smallest, quietest child chose the seat farthest in the back. The problem?
We can’t hear him.
Every once in a while I look back and see his lips moving, but no sound reaches me through the sound vacuum (a.k.a. older brother Sam). Ian adores his perch at the back of the action where he can keep an eye on everyone. So rather than destroy the happy smile on his face- yours truly came up with a plan.
A walkie-talkie.
Now when the little radio crackles to life beside me and a small voice says, “Momma, I have to go potty,” I can harness my inner trucker as I respond, “Roger little buddy.” 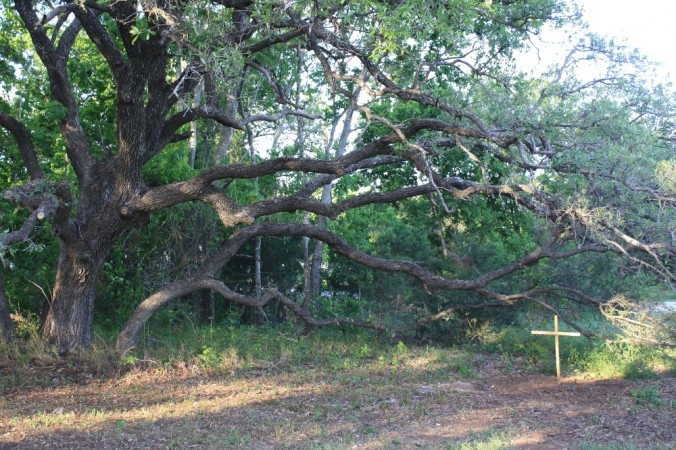 Today I put my dog to sleep,
Then broke out my two front teeth.
Got home and the calf was loose,
Oh, I’m feeling the Ranchin’ Blues.

Let me tell you, the above mentioned are only funny when happening to someone else. Or maybe if the events were spaced further apart…but all within 24 hours?
Not. Funny.
After a two-year progression of crazy took the mind of our 11-year-old Aussie, I finally acquiesced to the vet’s recommendation of putting her down. The boys knew it was coming but did not know the exact day or time. We told Grant and he went with me on Thursday morning to say goodbye. There was a lot of crying and hugging, but we made it through the gentle process and busied ourselves with the fact that the world would not slow down for our grieving.
That evening, we all enjoyed a stroll through Grant’s Science Night at school and I took Sam and Ian to McDonald’s for a rare treat of romping through the play place- knowing that I would have to tell them of Jessie’s passing when we got home.
With the words that would send us all home on the tip of my tongue, I watched in horror as Sam slipped and fell on the tile floor. Instead of catching himself with his hands, he opted to use his teeth.
Unfortunate choice.
As I looked down at him lying face-down on the floor with the pulverized dust that used to be his two front teeth, it suddenly occurred to me that I had yet to tell him that his dog had died earlier in the day. The calm-crisis-mom inside of me suddenly found herself in a cage match with freaking-out-mom, and let me tell you- the fight was a bloody one.
Thankfully, the tooth devastation took most of Sam’s attention, so he was quick to forgive the killing-his-dog thing.
Have you ever tried to call dentists for emergencies or Friday appointments? Not sure what they deem emergencies since it is apparently not a child busting his teeth to smithereens and having jagged little vampire fangs cutting his lips. Not one of the four dentists we called wanted to interrupt their free Friday to do anything about it- all said they would try to see him Monday, four days later.
Thankfully Sam is a trooper. After only fifteen minutes of spazing, he was back to his old goofy self. With a giant snaggle-tooth smile, he looked at me and said, “Well I gueth I know what I want for Chrithmas!”
Bu-dump-bump.
I went to bed that night grateful that each day begins anew- until I woke up to find Jenny’s calf outside the fence. At which point I began informing God that anew meant that the crappy day yesterday was not supposed to bleed over into the next morning.
I’m pretty sure He ignored me… just like the calf.
Thankfully today begins a new week. The calf, Daisy, finally decided that she was hungry and took Andy’s suggestion that she skedaddle back to her momma- five hours after making a break for it. And we are beginning to heal from our losses, both beloved pet and permanent teeth. So on this sunny day I am repeating my husband’s mantra to myself.
“What doesn’t kill you makes you stronger.”
He better be right 🙂

While standing on top of an eight-foot ladder that was precariously perched in the bed of a truck, something interesting caught my eye. A little distraction from God, I like to think, from the pain shooting through my arm.
Oh- did I forget to mention I was holding one end of a 2 x 8 x 16 foot board up there?
Anyway, as I tried to ignore the pain- on the ladder- on top of the truck, a small little inchworm came into my line of sight as he booked it up the ten foot creosote poll in front of me. I watched him racing toward the top and the strangest thing occurred to me-  inchworms make an Omega symbol when they move.
That’s really all I have. I just thought it was interesting and seriously doubted anyone else would ever find themselves in that position having only inchworms to keep them entertained so I thought I would share.
You’re welcome 🙂