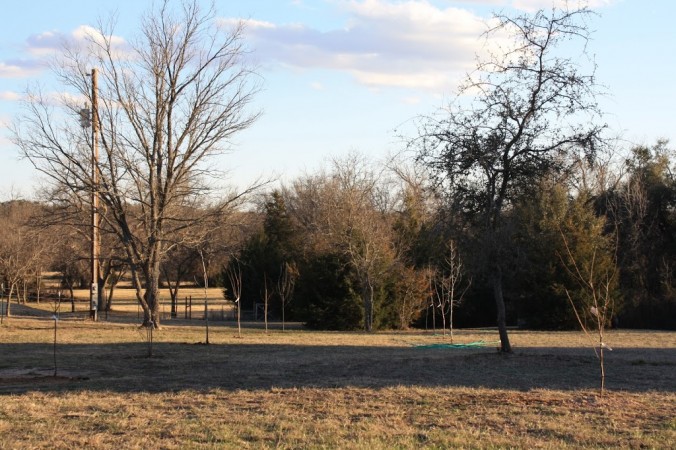 Why does man have the insatiable desire to clear raw land? To free mighty oaks from the thorny vines that strangle their beauty or to annihilate every surviving strand of poison ivy?
Control.
Unfortunately, as soon as the space is open, it seems too bare, naked even. Then we work to fill it back up, in a controlled, orderly fashion. And if you’re a true farmer at heart, the nature better give something back.
We (mostly Hubs, Papa, and a nomadic friend named Jeff) have spent years hacking, splitting, grinding, and burning every wayward tree or vine that got in our way. Now we have breath-taking views and much more room to drive the go-kart roam.
But our land was missing something. Something…tasty. So we filled it up recently with a small orchard. We planted:

If you’re wondering what a Persimmon is, think of a yellow tomato-shaped fruit with the texture of an apple and the taste of a mellow mango.
Like every other endeavor at the Funny Farm, we leapt then looked to the Internet for information. For example, I had no idea how to cut a pomegranate. Did you know that YouTube has no less than seven pages of videos on how to slice the fruit without getting purple liquid all over your new sweater?
Now the wait begins, in just a few years our many branches will be arching with ripe fruit and we will be racing the wildlife for first dibs. I can almost taste it. Yep, just a few years… 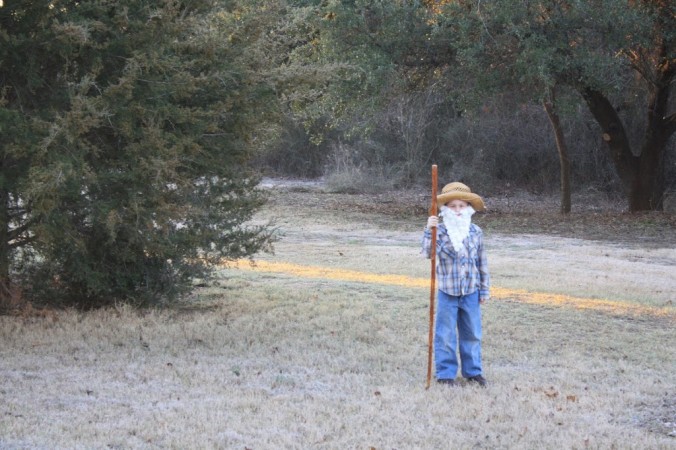 No one told me that there would be crafts involved in parenting. If I had known, I may not have signed up.
Just Kidding.
With three kids comes three times the need for creativity. Unfortunately, the extent of my artistic ability lies at the end of a hot glue gun.
With every holiday that rolls around, it seems that the schools are trying to punish me for leaving my kids with them everyday. Valentine’s Day requirements this year called for 40 valentine notes, a jar of cherries, a unique valentines’ box and… a child dressed as a character from a fairy tale.
Super cute idea if you have girls that can wear store-made princess outfits. Not so cool if you have boys who politely refuse to wear tights.
Youngest accepted Grandma’s idea of dressing as Rumpelstiltskin for the day and we brainstormed costume ideas. The beard proved a dilemma, but I purchased a white felt square and cut it into a long triangle before hot-gluing fifty cotton balls and a piece of elastic to the surface. Soon, a tiny old man stood before me in jeans, beard, rumpled hat and walking stick looking like he could most definitely spin straw into gold.

Then I picked up the class paper and re-read the instructions from the teacher.
“Costume and story to read to the class.”
Um, what? My child is six and has not yet reached his best reading potential. So the 20-page, beautifully illustrated, fairy tale in front of me was not going to work. I stared at the panic on the sweet face under the bushel of cotton balls and thought, I’m a writer, I can adapt it!
I spent the next hour re-writing Rumpelstiltskin into sight words and short sentences so my little guy wouldn’t be embarrassed in front of the whole class. As soon as I finished, Middle Son stood before me with a sheet of red paper in his hand.
“Oh no, not you too.”
He nodded.
“What do they want?”
A big smile spread across his face. “A decorated box to hold my valentines.”
I breathed a sigh of relief. Some markers and construction paper, done.
“One kid last year did a life-sized model of Sponge Bob!”
I closed my eyes. “What do you want to make?”
“I don’t know, but there’s a contest to see who’s is the best.”
You mean to see who’s parent is the best. Ugg.
I looked around the kitchen and saw a mostly empty cylinder of oats. “What about Cat in the Hat?”
“Yeah! And you can write a story around the outside of it.”
I gave a half-hearted fist-pump and plugged in the hot glue gun. Middle Son cut, I glued, and two hours later we had a red and white stove-pipe hat atop a box sporting a love story that stared a road-weary heart.
It was a pretty cool creation, but we lost to a furry cat complete with motorized tail, a metallic monster that ate valentines, and a plane with a working propeller.
The mom in me gently told Middle Son that it was the time and effort that counted, even while the competitor inside my head secretly plotted next year’s winning box.

*So when you ask me if I have been writing lately and I roll my eyes, you now know that:
1.) yes I am writing almost everyday
2.) no I will not be ready for agent-hunting for quite some time…unless they want a first grade adaptation of Rumpelstiltskin🙂 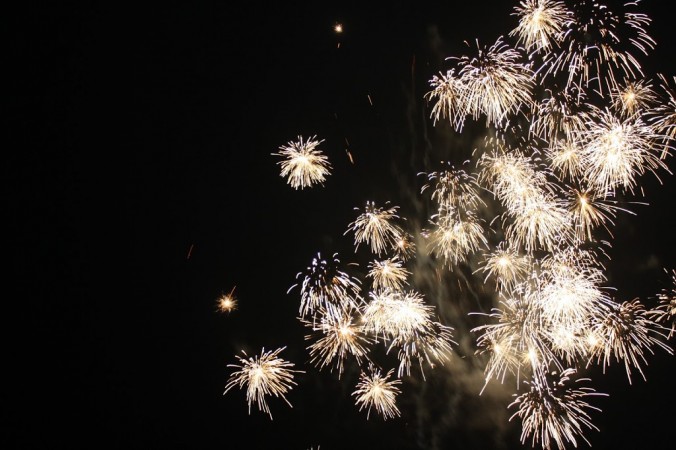 You know what’s great about living on acreage? It’s usually located outside city limits.
You know what’s great about living outside city limit?
Fireworks!
Turns out, we know several closet firework fanatics who have just been looking for a place to display their creativity.
Well boys and girls who love to watch things blow-up, welcome to our place.
New Years Eve was loud and beautiful thanks to two such brothers who opened their truck to reveal a thousand dollars of containerized explosions. All we had to provide was dinner and land.
Check.
Then the kid and I settled down on the back deck for forty minutes of jaw-dropping entertainment. These fireworks were not the run-of-the-mill little jobbies, they were the kind that have people all over the county sending up woohoos from every holler and hill.
I hope the food was good enough to bring them back next year… 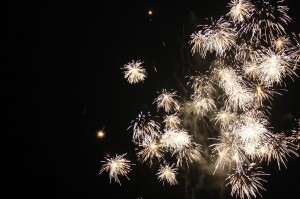 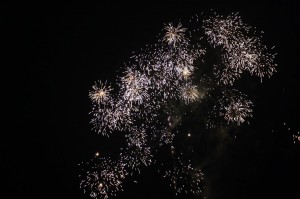 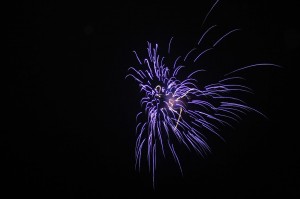 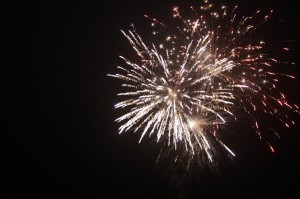 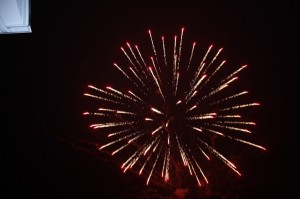