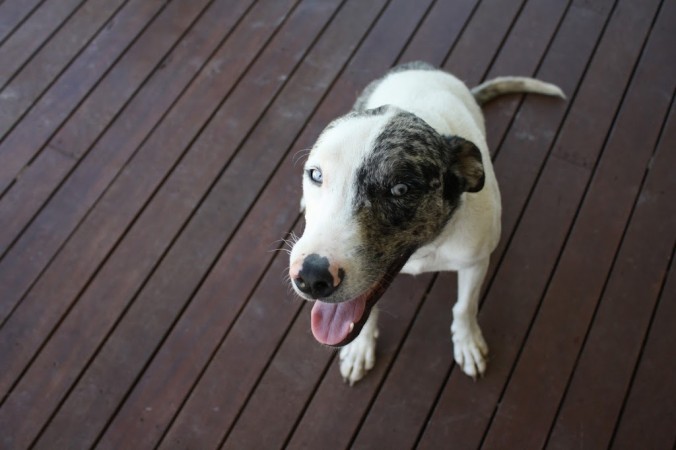 It doesn’t take long after becoming a parent to learn to tune-out sound. Whines, tattling, bickering, superhero wars, Wii games, loud voices, and even non-life threatening screams. I frequently find myself caught off guard when someone says, “Aren’t you going to go check on them?”
No. ‘Cause every mom knows the scream. The gut-wrenching wail that will send us hauling hiney up the stairs to keep the blood on the carpet at a minimum.
I recently discovered that there is another sound that will cause me to break into a run. The cry of “Skunked dog in the house!”
When Luna (A.K.A. Lunatic) got skunked, she ran to the one place she thought she could escape from the smell…the house.
Five people with ten legs could not catch that dog for several minutes while she tried to run away from herself. She couldn’t seem to understand that she was the stench.
Finally encircled by a human-trap and left with nowhere to run, she gave into Oldest and Middle Son, who I can tell you were super happy to be the ones who got to touch her.
The dog was sent back outside and the two boys were sent to shower…twice.