“This is gonna hurt me more than you.”

Did your parents ever say that to you when you were little?

I don’t know about you, but I never believed them.

With three tech-savy boys running amok on our farm, we’ve been living with daily windows of electronics-freedom for the past two school years.  But even the time limits aren’t always enough. I don’t know about other kids, but mine aren’t going to go pick up a book to read instead of playing a video game if given the choice.

So a couple of months ago, Hubs and I instituted Tuesday-blackouts.  Hubs actually blocks all the devices (except for the school laptop) from the home network and the Internet.

You are probably picturing our Tuesdays as quiet, peaceful evenings spent by the fire with books in hands.

You would be wrong.

My 14, 12, and 8-year-olds regress into toddlers every Tuesday. There is a lot of whining. A lot of inventive trickery. A ton of bugging me Every. Single. Second. of the day.  I can’t get anything done.

I have to keep them busy just to keep my limited sanity intact.

I plan their entire day even after their normal studies are done. Art lessons, music composer studies, science experiments, and when desperation threatens to overtake me, I have been known to pull out the dreaded ancient history documentaries.

I can only hope that all my time in purgatory will lead to productive, creative young men who go to college, move out, and get real jobs as adults.

Hubs loves Tuesdays and wants to add another weekday blackout. The responsible part of me cheers this idea, but the rest of me just wonders what I did to deserve it. 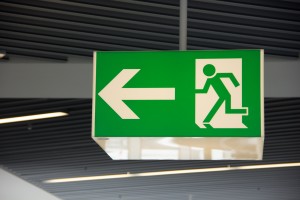