Bruschetta made with fresh tomatoes and basil from the garden?

Hearing people laugh at all the right parts when they read my writing?

Swimming under the stars on a warm summer night?

My favorite thing of all?

Searching the house for one of my boys, assuming they are off playing video games, only to find them curled up somewhere reading. Then, upon telling them that they have work to do, hear the reply, “But I’m at a good part.” 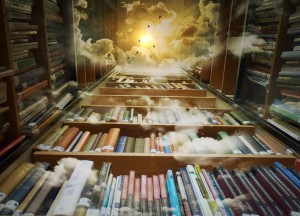 This is what everyone sees when they walk into a library, right?

Over the years, I’ve had many people ask me how I get my boys to read for fun. The honest answer is … I don’t know. Maybe it’s the fact that they always see me reading, or that I talk about books all the time.

Or maybe it’s the fact that the Internet doesn’t turn on until 4 pm …. 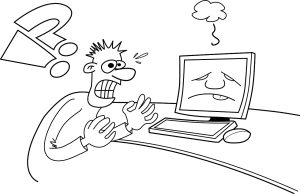 Research shows that a child’s reading level and their auditory comprehension level don’t match until eight grade, so I still read books out-loud to my kids before bed. Even at fourteen, twelve, and almost-nine, they still run in the room to listen.

How do I find books? I research book lists and reviews on Goodreads to discover what other young readers like. I peruse the middle grade and young adult new arrivals at our local library. But most importantly, I take home stacks of different books from the library just for them to try out. The rule is that they have to read the first chapter. If they aren’t interested in the novel after that, they can pick a different one.

For those of you who want to benefit from my years of trial and error when it comes to getting boys to read, here is a list of my boys’ all-time favorites:

A to Z Mysteries series by Ron Roy

I Survived series by Lauren Tarshis

Sherlock, Lupin and Me series by Irene Adler