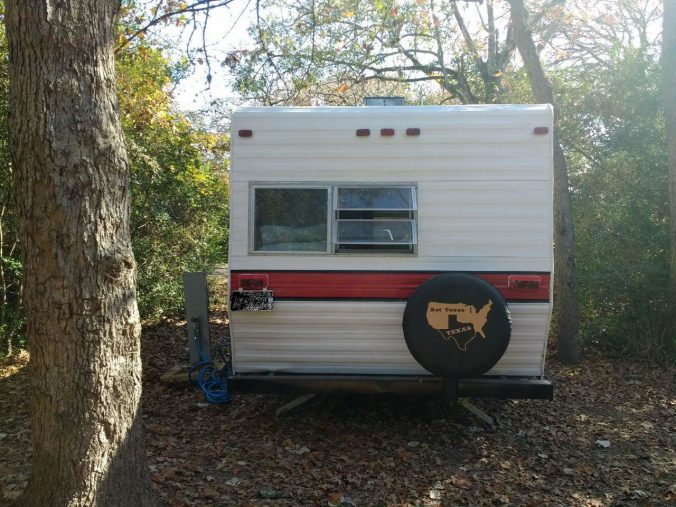 The College Camper made its maiden voyage with a 4-hour drive to Lake Somerville, TX. Not only did it survive the trip there, but it also came back in one piece and has since driven to Austin and back – another 8-hour round trip.

We parked Grant’s trailer next to ours at the state park and spent the week touring Washington County in Texas. Once the most populated and wealthiest area, it’s known as the birthplace of the Republic of Texas. The entire county is full of history and also home to Blue Bell Creamery.

Yes, we ate ice cream. It would’ve been rude not to.

We cooked our meals in a dutch oven over the fire, spent hours talking under the stars at night, and didn’t work on the trailer one bit.

Then we came home and Hubs built the desk, the pantry, and cut out all the new cabinet doors.

Plans for the next week?